Our attention span is worse than that of a goldfish. You’ve all heard this phrase and some of you might even know that it’s not scientifically proven. Still, it illustrates well our online reading habits. The next seduction is right around the corner – be it a BuzzFeed title or a WhatsApp message from your workout club. Turns out just 16% of readers read every word you intended for them.

There are two ways of thinking about this trend – fight it or figure out what to do with it. I choose the latter.

So what’s the battle plan? We simplify, format and cut out.

Clean formatting has always been a sign of clear thought, but it became increasingly important online. People want to scan your text so you’d better let them! The tactics that’ll be most handy in your arsenal are:

Creating an article with scannable layout will increase the readability of your text with 47%, according to Nielsen Norman Group. I’d say that’s a pretty impressive increase for such trivial changes!

Shorten your text, then shorten it again

According to the same study (and as any experienced writer will tell you) – more concise texts read better. Shorter copy increases the text usability by 58%. It turns out that if you cut your length, you gain understanding.

Good writers cut things out. It’s no surprise that one of the most intelligent people in the world, Blaise Pascal, famously lamented that he would’ve written a friend a shorter letter if he had had the time.

Writing short copy is difficult – but in the end, it pays off. If you need proof, you don’t have to look any further than Seth Godin – his daily musings of 100-200 words still put him in the front of digital thought leaders.

Hold off the hype, please

We, marketers, consider ourselves pretty cunning, but readers grow more and more accustomed to advertising copy – and they know not to believe a single word. But that’s not all. Research done by Nielsen Norman Group shows that readers experience increased cognitive load when reading promotional text. I’ve never thought about it, but it makes sense. When you feel you’re being taken for a ride, you put more focus on telling fact from fiction and this requires a lot of energy. The NNG research shows using objective language improves readability by 27%.

Rhythm is considered a music term, but the written text has a melody of its own. So do aim to include rhythm in your writing by varying the length of sentences and paragraphs. Here’s a very specific example of what we mean by that – the author of the text is Gary Provost, visual by John Zimmer: Whenever I see the promise of psychology-based tricks, hacks or whatever, I tend to roll my eyes and move one. But the truth is, we’re much simpler animals than we’d like to think – and there are ways you can use that in your writing. People like Kissmetrics, Wisepops, and Copy Hackers have looked into those at length. I’ll list the ones that make your content sound more truthful.

First off, make sure to tell people what you’ll tell them, then tell them, and then tell them what you just told them. Yup, Dale Carnegie was right – repeating a statement has a great impact on the level of confidence your reader has.

You may have wandered before which part of your text – the intro or the outro – readers remember better. It turns out it’s both. People remember better both the first and the last statements you make. However, what you might want to look into is the effect of priming. In short, the first information you give the user helps in forming their opinion about a topic. For example stating that “Joe is strict, diligent and caring towards his daughter.” would form a different mental picture than stating that “Joe is caring, diligent and strict towards his daughter.” Right?

We always try to get to the end. Skimming a text is one example of that and another is reading the Post Scriptum first. 79% of people read the postscript first. So the most straightforward way to get someone’s attention is… to start from the back end.

Even trivial stuff like rhyming phrases has great impact on perceived truthfulness. I am not saying you should write your next blog post in the form of a Shakespeare sonnet – think of a way to utilize it.

We tend to take other people’s actions as shortcuts for truthful information. If 9 out of 10 dentists recommend a specific toothpaste, why not trust it yourself? If there are 400 people who’ve shared this blog article, it must be worth a read, right? Showing others trust you is the best way to make new readers believe in your cause, as well.

There’s a lot of content that justified my already outdated university education in PR and part of it is being introduced to Robert Cialdini’s persuasion tactics. Some, like social proof, we already covered here. The rest you can check out in the video below. Still, I recommend you read Cialdini’s book “Influence” for a primer on persuasion techniques.

The floor is yours

Writing well for the digital age is not just a matter of improved readability. It’s the way of getting people on your side, proving a point, gaining traction. It’s the way to move forward as a marketer, blogger or thought leader. Now go ahead and spark a revolution with better writing!

Head to the comments and share what writing techniques you rely on to grab the online reader’s attention. 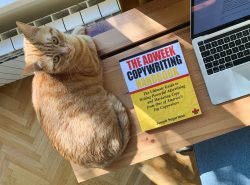 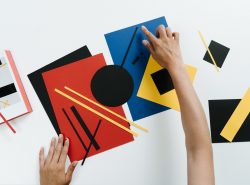 Content Repurposing: 6 Methods to Extend Your Return on Effort 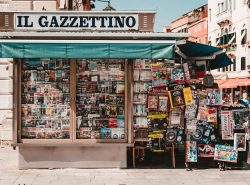 The Ultimate Guide to Content Distribution: Strategy, Tactics, and Tools