There aren’t many titles that can break my carefully planned reading schedule. It’s usually the new piece of a fantasy series I follow or a marketing title I need to squeeze in for work. Up until I heard that there’s a new book that goes into great detail about the story and life of Elon Musk. It immediately jumped the queue. Time for Ashlee Vance and Elon Musk: Tesla, SpaceX, and the Quest for a Fantastic Future.

The world loves some drama and it surfaced early on that Musk wasn’t very pleased with Vance’s project. Apparently, he didn’t want to meet with the author and was doing everything possible to block the research work. That type of news immediately raises trust. After all, biographies that weren’t sanctioned by the subject are more real, right?

Vance confronts this story head on in the introduction. He says at first Musk really wasn’t too thrilled with the prospect of a biography, but later he wanted to participate and set the record straight. The entrepreneur didn’t want to change the narrative, but add his point of view. Knowing the verbose style of Musk, Vance turned down the offer once he imagined page-long footnotes spread over his work. I can’t blame him.

Reading the full book, I must say it’s neither too damaging nor does it worship Musk too much. It sounds like an accurate account of a full-blooded person, with both flaws and positive sides. Of course, when it comes to Musk, everything is on a much grander scale, including his strengths and faults.

Vance goes through Musk’s life from childhood on. Although most quotes are not from his closest ones, the book gives a lot of behind the scenes info on Musk’s life and motivation. You’ll read everything:

As a science geek, I paid the most attention to the SpaceX and Tesla stories. Fortunately, big parts of the book are reserved for them. It’s incredibly interesting how both companies survived basically by magic. Even though the risk of bankruptcy was very real (heck, at a time it was imminent), Musk knew that he had gathered the best engineers and he just had to buy them some more time. He managed to keep his head above water and then shoot for the stars (and in the case of SpaceX – go back to Earth, shoot for the stars again, and again).

I cannot be sure if Vance shows us the real Musk. I’d believe he used at least some hyperbole to boost the narrative. But there are stories here that are too weird to be fiction.

My favorite one has to do with Musk’s second wife Talulah Riley. They had just met, they spent a weekend together and Musk decided he couldn’t live without her. He proposed in bed and since he didn’t have an engagement ring, he suggested that they shake on it to formalize the deal. Later, probably doing research and finding out women hold engagement rings in high esteem, he gave her not one, not two, but three rings. There was a huge flashy one, an everyday ring and one designed by Musk himself with 1 diamond and 10 sapphires. Now that’s the Muskian penchant for over-achievement we’ve grown to know and love!

The top lessons from Elon Musk

I want to leave you with some assorted lessons I wrote down while reading the book:

For more on Musk, I’d suggest you also check this cool infographic in Business Insider, as well as his first Reddit AMA and the Wait but Why series that covers all his current projects.

What lessons have you learned from Musk? Share them in the comments below! 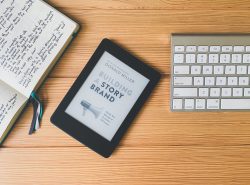 Building a StoryBrand: Using the Power of Storytelling in Marketing [Book Notes] 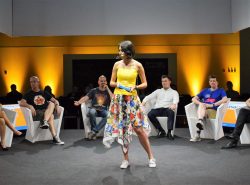 How to balance a side project and full-time work 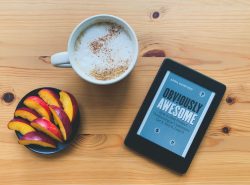