When I wrote to David Darmanin with an interview request, it didn’t occur to me he might actually say yes. That’s why I was both surprised and a bit nervous, staring into my laptop screen while connecting over Hangouts to the Maltese headquarters of Hotjar – a company whose products I use and whose philosophy I greatly admire.

Being customer centric is a company habit 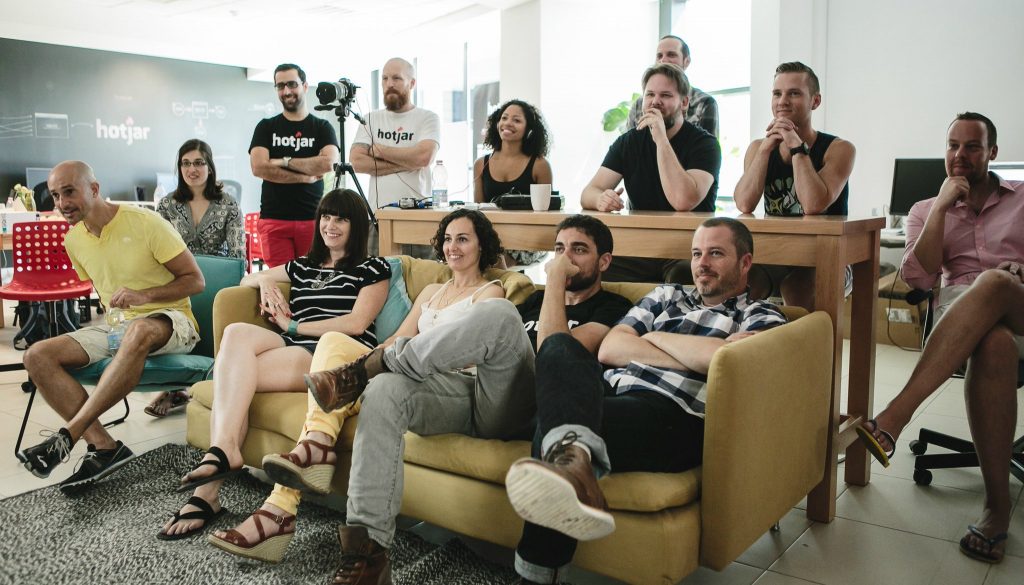 The topic of my talk with David was customer centricity. He covered this in great detail during his presentation at Growth Tribe’s Online Growth Marketing Summit and I was curious to learn more. Turns out customer centricity is part of Hotjar’s ethos on all levels. There’s no team holding the monopoly over customer feedback. On the contrary: teams conduct user interviews all the time. Getting feedback helps with different decisions – from product to marketing and operations.

Hotjar couples customer curiosity with extreme transparency. David explains it’s a habit every team member gets used to early on. As soon as someone learns something from a customer, it’s natural to share that knowledge with others. I was under the impression that he doesn’t see this as a big accomplishment of Hotjar, but more like something every business needs to do. He uses the simplest of terms to put it: “If a customer says something, we share it with the team.”

The way to do that is to build a reliable system and integrate this feedback into the day-to-day work of the company.

When this feedback focuses on potential improvements, there’s no barrier for any employee to propose a solution. “We have a place where anyone can recommend changes to the product,” David says. “People can also prioritize in there. They can vote on each other’s suggestions and then we give updates on the progress.”

Of course, not all feedback highlights issues – some of it comes from delighted customers. Team members shared this in an online chat channel called “Wow moments”. According to David, it helps them stay “focused on where the Wow moments come from” and work towards strengthening them.

The evolution of empathy 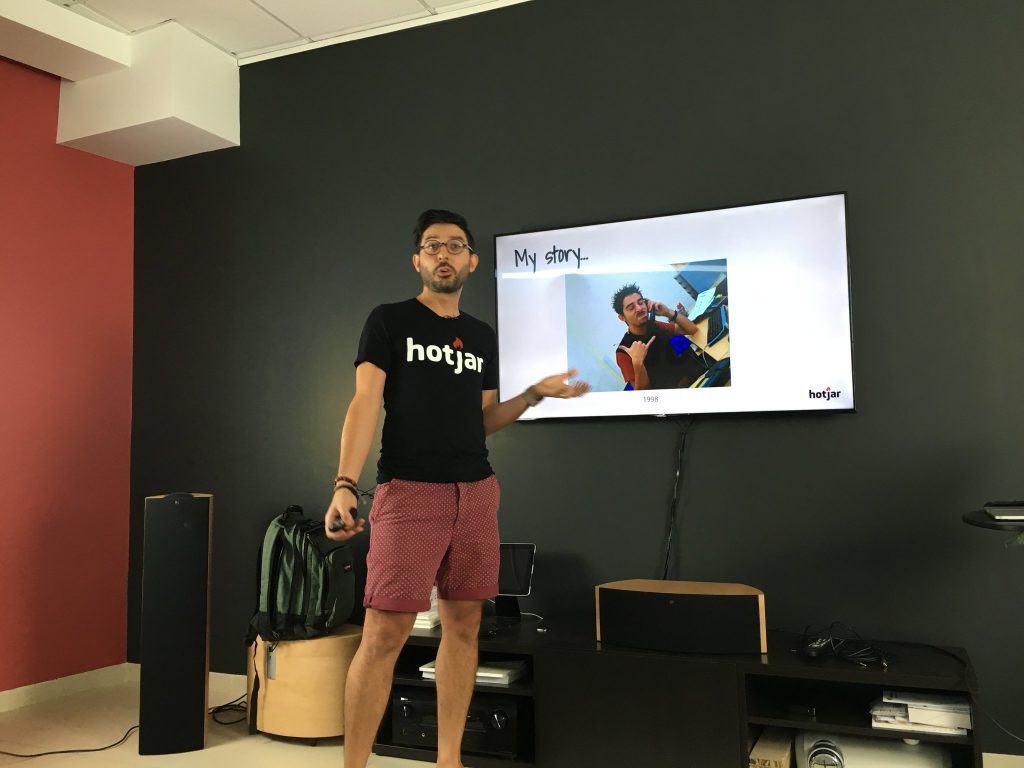 I’ve always been curious about how a professional’s mind evolves, so I asked David the typical “how did you get to where you are now” type of question. He was kind enough to share the moment when his mind shifted to the Qualitative Side. It happened at an analytics event where people talked about a lot of quantitative tests. The usual big names in large-scale A/B testing like Booking and Amazon were invoked. They usually make great impact, but also rely on extensive testing teams no small business can afford.

This was when David realized there’s another way – learning more about customers and doing expansive changes based on user psychology. He attributes that to his employers at Conversion Rate Experts: “They introduced me and pushed me to learn more about the great copywriters, user psychology and how the brain works.”

He then promoted that concept to many of his own clients – like a gaming company he worked with. “We initially focused on the win factor – prizes, win conditions…” But after surveying customers the key element turned out not to be winning, but fun. “Then we focused completely on these fun and magical moments.” This turn towards community and fun was something no A/B test could easily reveal. And off of such cases, the idea that became Hotjar was born.

Maybe customer empathy makes sense for improving product and process, but Hotjar implements the same strategy in marketing. We went on discussing the role of feedback in creating content.

In the early days of Hotjar, David was the main content creator at the company. He focused on a sole category: “content that would be useful to use the tool better.” That’s how some of the famed Hotjar onboarding campaigns and implementation guides were born. Their 9-step action plan and the Big Picture Worksheet are prime examples.

Then the baton was handed to the newly formed content team at Hotjar, where the no-bullshit marketer Louis Grenier took the helm. The concept of qualitative input and customer feedback was extended even further by building content together with the readers. While creating a recent SaaS guide, the team engaged readers in a content beta program, where everyone could leave feedback. It had a tremendous impact on the quality of the guide. “It became half as big and ten times better compared to what we had built internally,” says David. Using reader feedback proved to be instrumental in this specific piece. So much, in fact, that Hotjar’s team has decided to use the approach regularly in the future.

There’s also a benefit to this approach in terms of spreading the word and distributing content after publication. It wasn’t just Hotjar’s guide – it was the brain-child of all readers. By building this community, the team had created a viral army.

Involve readers in the content creation process and they help you actually spread that content.Click To Tweet 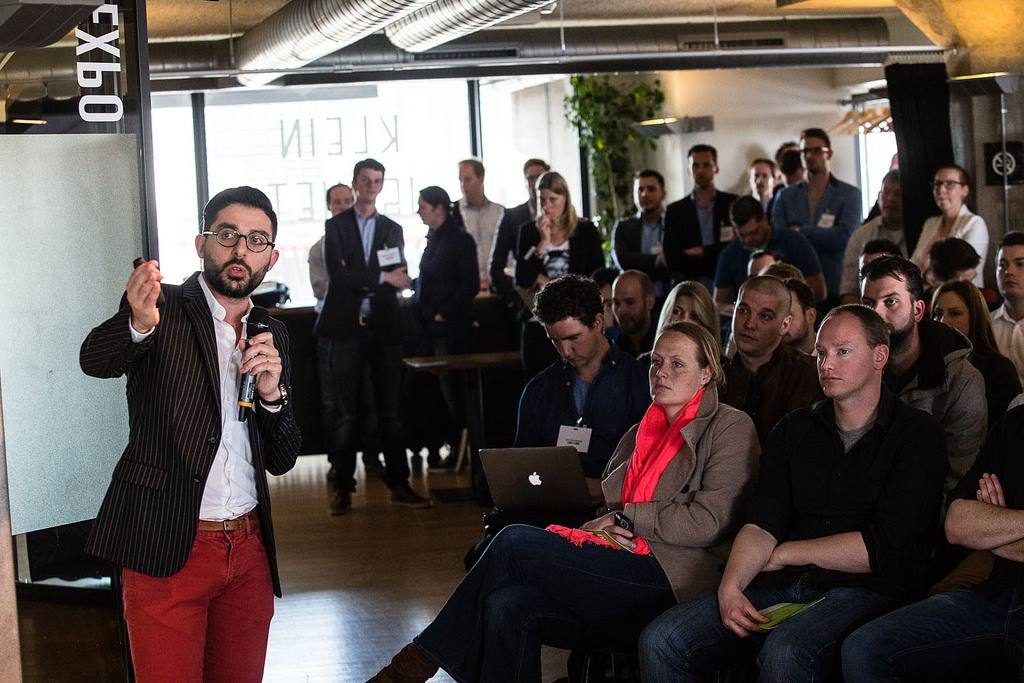 But using this iterative approach could mean endless revisions and projects that are never quite ready to go live. That’s where one of Hotjar’s values comes to play: “Ship good.” It serves to remind people, that a project – be it a new feature or the latest content piece – should go live when it’s good enough to ship and not a moment later. There’s this term “the shame zone” that the team uses to denote that balance point between a too rough draft with little value and the over-engineered and over-complicated product that can come if you wait too long.

If you're not a little bit ashamed of what you’re shipping you've probably gone a little bit too far.Click To Tweet

The greatest value comes when you ship early and use feedback loops – you create the first version, set it live, do a retrospective and improve. This improves the project and also improves your process. As you’re learning by doing, in a few iterations you’re already getting better. It helps team members build capacity fast and not be afraid of failing. It’s then a question of “setting the North Star versus telling people how to do their job,” as David puts it.

So many questions left unanswered

Frankly, I could’ve spent at least a couple of hours more on that call with David Darmanin. The way customer centricity works in Hotjar is amazing – it’s carefully planned, but has also become completely organic.

Hotjar not only eats its own dog food – it actually creates new treats to satiate its own appetite. Whether it’s customer interviews, proactive feedback sharing, or the use of external advice in content creation, Hotjar shows what’s possible if you truly listen to your customers.

The Ultimate Guide: Jobs to be Done Interviews for Customer Development [with Templates] 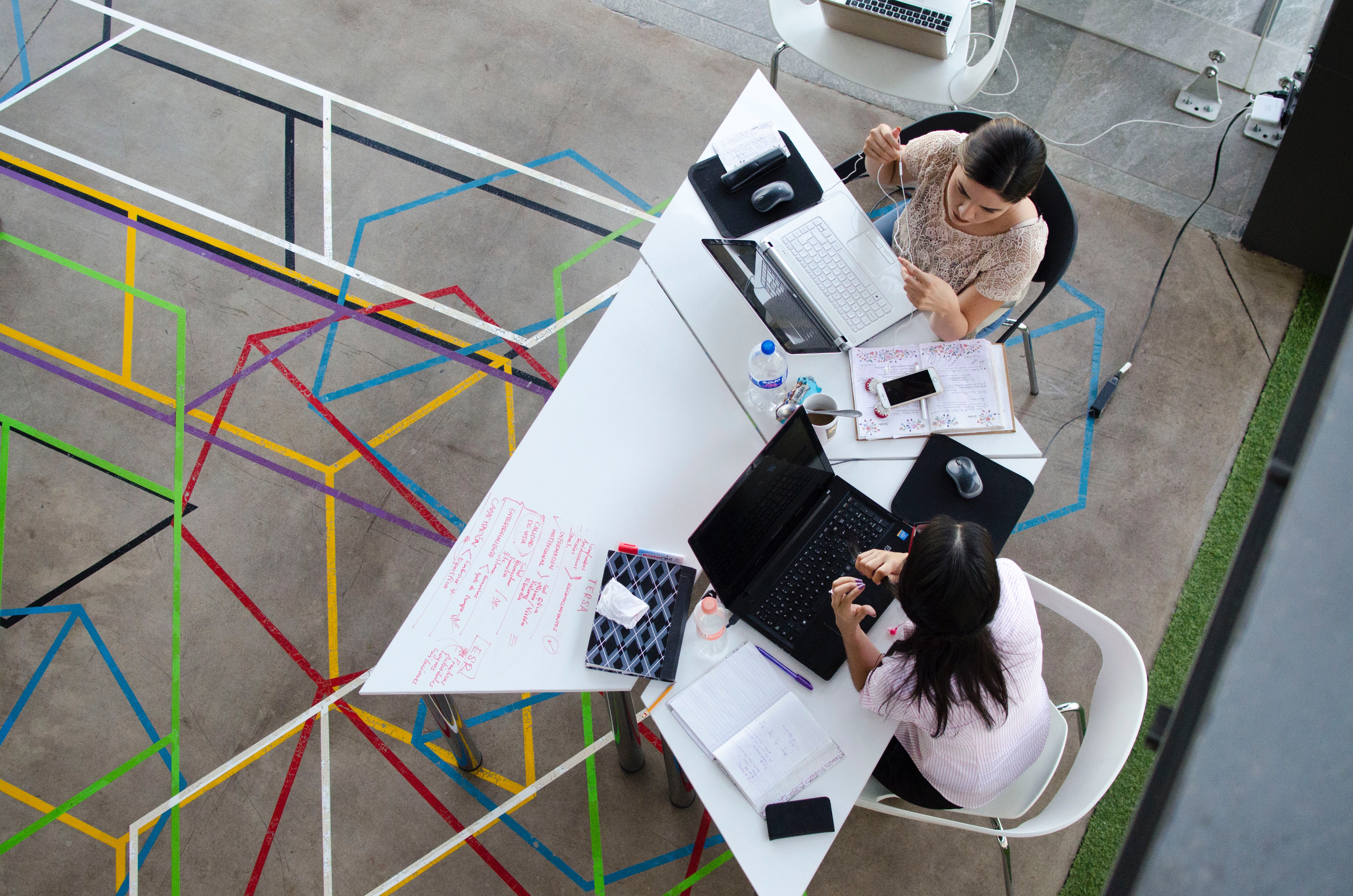 Ani Hira: We Have all the Resources we Need to Live a Meaningful and Fulfilling Life

David Armano on Brand Purpose: Find a Tension That Aligns With the DNA of Your Organization